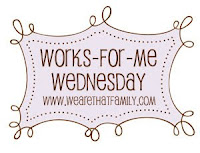 My boy is doing so good!!
It has been days and NO accidents! Yip-eee! I am so proud of my Big Boy.

I wrote a plea for assistance a few weeks ago and I have talked with a ton of Moms and I have concluded (FOR US) that you can’t wade in the pool, nope you must go head first into the deep end, bite the bullet, JUST DO IT!!
Pop the kid in underwear and have extra clothes and a glass of wine to settle your nerves. Pull-up’s well, let’s face it it’s just a diaper. It sends the wrong message. Why learn?
I found that the first few times we “tried” that he didn’t care if he had wet himself which I concluded ment he wasn’t ready. A few weeks ago he announced “me not wear diapers no more” (toddler language). I put him in some Elmo under-roos and the 1st accident caused a major meltdown. I figured he must be ready. He only had 1 accident a day for 3 days and from then on he was good.
I am not one to give rewards for good behavior however, for this I was willing to give him the moon! Jack is super busy, he plays non stop and does not want to stop for anything! Which was our only problem, I told him I would give him 1 skittle for trying to go tothe potty and 2 more if he produced. Who knew candy worked so well? He would stop most anything just for a skittle!! (I didn’t have m&m’s). I also bought two packs of matchbox trucks and each day I have given him a reward for trying so hard. It cost me about $12 and he is so happy and proud to show anyone willing to listed that he did his business and got a prize!! Note I only had to do the skittle trick or the rewards for the 1st week.  Yesterday we went to Charlotte he made it there, back and several stops in between without any problems I am so proud!!
SO, long story short this is WHAT WORKS FOR US!
Good Luck!